During our 111 day run across the Sahara Desert in 2006/2007, we learned so much about a place, a culture, and ourselves. Our 7,500km expedition had truly become a great learning opportunity.

When I returned home, I made the decision that I wanted to connect people – especially youth – to not only the amazing places that I was learning about, but also the cultures of the areas i was exploring, using the latest technologies as a way to share expeditions in real time.

Below is an ongoing list of expeditions since Running The Sahara. Please visit impossible2Possible.com for a list of i2P Youth Expeditions, and information about the Experiential Learning programs associated with each expedition. For race results please check the “About Ray” section. 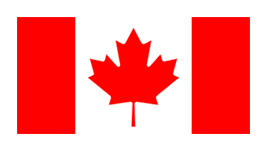 Arrived in Pangnirtung Fjord last eve, after crossing Baffin Island, 5 long, cold winter days after leaving the island of Qikiqtarjuaq, dragging all of my gear and supplies with me! This is my 9th crossing of Baffin Island, but the first time I left from Qikiqtarjuaq on foot. It’s been a longtime goal of mine to do a solo January expedition up here, in a place I love so much. My goal was to push as hard as I could, and I got from the island community of Qikiqtarjuaq across the sea ice and onto Baffin Island by the end of day 2. Winds were intense for days, the sun rarely rose high enough for me to see it, and temperatures plummeted tremendously on days 3 and 4.

Will Laughlin and I completed our summer, west to east transect of Death Valley, in roughly 35hrs, passing over two steep mountain ranges (Panamint Range 8,000ft, Amargosa Range 5,000ft) navigating through dense (and at points seemingly impossible!) brush, across salt flats, rocky washes and 4×4 track. Near misses with a second earthquake and rockfall, rattlesnake encounter, and intense heat!!!

February 2019, Adventurers Ray Zahab (CAN) and Stefano Gregoretti (ITA) attempted to traverse across the Kamchatka Peninsula, in far east Russia, from coast to coast, on foot. The team was unsupported, relying fully on the gear and equipment they bring with them to survive, and anticipated the expedition would take 25-30 days.

In summer (January-February 2018), Adventurers Ray Zahab (CAN) and Stefano Gregoretti (ITA) ran the length of Namibia, crossing the Namib Desert for approximately 1,800km, heading north from the South African border towards the Angolan border.
The Trans Namibia Expedition was a mix of minimally supported and unsupported sections where Stefano and Ray relied on the gear and equipment that they brought with them to complete each day of the expedition. The duo saved huge distances from their original route by navigating cross country whenever possible.
An experienced crew shot film and photograph of the expedition, uploading content daily, with the primary goal being to bring the expedition into classrooms, and classrooms onto the expedition through daily satellite connection.
As with any of their past expeditions, the team’s goal was to immerse as large an audience as possible into the remote areas of the world in which the duo is exploring and engaging with our followers daily, whether they are students in classrooms around the globe, or those following along through social media and web! See www.Transnamibia.com for more info!

Starting February 1st 2017, Ray Zahab (CAN) and Stefano Gregoretti (ITA) embarked on an ambitious expedition to three separate regions of the Canadian North. The goal was to traverse each of these three diverse regions under human power, each requiring a different set of skills and training! The journey would take them close to 1,000km across the frozen north, where temps sometimes dropped below -60°C, and risk of severe weather was always a hurdle. Endurance, logistics and unpredictable weather made this one of the most challenging expeditions either adventurer had attempted to date.

For the first leg, the team headed to Canada’s newest National Park. Located in northern Labrador and Quebec, the Torngat Mountains are an unforgiving and remote Northern destination. The team traversed this Arctic range on foot- running and speed trekking, hauling all supplies needed to survive, until an unexpected disaster. Ray broke through the ice and nearly drowned.

The team rallied back, then headed to Nunavut and traversed Baffin Island on skis, crossing the Penny Ice Cap! Once again, completely unsupported and self contained and hauling everything from tent to food to satellite communication gear—the team was truly on their own! It was Arctic winter, and therefore short days, long nights and extremely cold.

Ray and Stefano saved endurance challenge of the journey for last. They headed to the Northwest Territories, and used customized fat bikes with studded tires to traverse hundreds of kilometres of the Arctic Ice Road, riding to the Arctic Ocean. Slick ice and once again temps sometimes reaching into the -60°C range!

In February 2016, Ray Zahab (CAN), Jen Segger (CAN) and Stefano Gregoretti (Italy) set out on a unique and challenging expedition that spanned 100 degrees celsius on the thermometer. The team journeyed from -50°C (-58F) to +50°C (120F) over 1,500km, on mountain bikes and foot, crossing both Baffin Island in Canadian winter, and the Atacama Desert in Chilean summer.

In January 2015, myself, Ryan Grant and Stefano Gregoretti ran over 1,000kms/620 miles across the Patagonian Desert- one of the most remote and extreme deserts on Earth. The Patagonian Desert is the largest of the 40° parallel and is a large cold winter desert, where the temperature rarely exceeds 12 °C and averages just 3 °C. The team traversed the desert in South American summer – with temperatures exceeding 40 °C.

The area is sparsely populated today and those that do live here survive mainly by raising livestock. Not the easiest place to live…or to run across! The team ran a combination of terrain, including long sections with minimal or no support.

Ray Zahab and his friends Ferg Hawke, Stefano Gregoretti and Ryan Grant spent ten days in Canada’s Arctic on an unsupported crossing of the Akshayuk Pass (running for 48 hours, the other 8 days involved filming & learning in Arctic communities) and visited with old and new friends!

The 2014 Baffin Expedition was part two in the To The Edge documentary series in which Ray and his film team share the extraordinary people and circumstances that are the real story of these running expeditions! This was be Ray’s 4th crossing of the Akshayuk Pass since 2007 and the team was excited to visit one of the most beautiful places on Earth.

Beginning June 23rd 2013, Ray ran over 2,000km across Mongolia and the Gobi Desert. He was accompanied by both a film crew and photographer who recorded not only the expedition, but also created an robust film archive sharing the stories of the people and culture of Mongolia.

This marks the beginning of the “To The Edge” series chronicling the stories and people and that Ray comes into to contact with on expeditions…situations and people that occur when at the edges of the Earth!

Starting August 26th, 2011, Ray joined friend Will Laughlin to run the length of Death Valley- from north park boundary to south park boundary. The distance was close to 250km, and the duo relied on water re-supply every 10-25km during the entirely off-road run.

Ray tested gear, new technologies and foods he will use in upcoming expeditions- most importantly for a January attempt to run 2,000km across Saudi Arabia (back-up plan Kalahari). During the run, the duo carried emergency supplies, food and fluid required for each 10-25km section. Running packs were heavy with 7-8 liters of fluid required for each leg.

On February 12th 2011, I completed the Atacama Extreme Expedition! The expedition began near the Peruvian border, north of Arica, and ended in the Province of Copiapo approximately 1,200km later. The expedition took a total of 20 days to complete and I ran an average of 60km per day while carrying camping supplies and relied on minimal daily water/food re-supplies. During the expedition, I communicated via videoconferencing to students everywhere!

This expedition followed the Amazon Youth Expedition which took place in October 2010. The topic of biodiversity was once again visited and the contrast of the Atacama Desert to the Amazon Jungle was highlighted. Daily video journals touched on topics such as history, industry, life and desert environment.

i2P Founder Ray Zahab and i2P Ambassador Kevin Vallely teamed up for another epic impossible2Possible expedition. The two adventurers travelled to the far reaches of frozen Siberia and the remote shores of Lake Baikal, the oldest, deepest lake in the world, to run some 650km unsupported down the length of its frozen surface. The team averaged approximately 50km per day on this grueling expedition, while hauling all of their food and supplies.

To inspire the adventurer in everyone by attempting a self-supported speed trek in which three world-class adventurers pulled sleds weighing close to 200 pounds from Hercules Inlet to the Geographic South Pole, setting a speed record for this traditional expedition route. The trek covered 1,100km mostly uphill distance, taking the adventurers from sea level to approxiately 10,000 feet in temperatures of less than -40 degrees Celcius. The team achieved a new world record.

During the expedition, i2P Adventurers blogged daily, and answered questions from students on the South Pole Quest website. Thousands of students had a two way street of communication with the South Pole Quest team and were active team members during this expedition. The South Pole, viewed by scientists as a key part of the earth’s thermostatic regulation system, is undergoing changes that threaten to destroy the earth’s fragile balance, impacting human communities around the globe. i2P’s South Pole Quest raised awareness, support research, and educated youth with daily free downloadable modules, and challenged them to achieve their own Extraordinary Acts.

The Canada ONEXONE Expedition – May 2008

Starting May 11th, 2008, Ray Zahab and a team of runners set off to run an average of 80 kilometres a day for 13 days straight – through 13 provinces and territories – in an effort to inspire youth and raise awareness for the ONEXONE foundation!

From participating with 10,000 students in Saskatoon to meeting with Assembly of First Nations Chief Phil Fontaine, the journey was both inspirational and effective in elevating awareness for ONEXONE.

My goal was to run 3 very extreme coastal trails in Canada- one right after the other. All in an effort to raise awareness for initiatives – specifically SpreadTheNet.org. The trails were 1000’s of kms apart, and were super tough running combined with insane logisitics. I started in Canada’s North on Baffin Island (Akshayuk Pass – 100km), then Newfoundland (East Coast Trail – 220km) and finally British Columbia (West Coast Trail – 75km).

The most exciting part of this expedition was the number of bed nets that were purchased during this exciting run by so many amazing people.

On November 1, 2006 Ray and two other runners set out on an epic expedition to cross the Sahara Desert by foot. Finishing in February 2007, Ray Zahab, Charlie Engle and Kevin Lin reached the Red Sea after running 7,500km across the entire Sahara Desert raising awareness for clean-water initiatives in Africa. This feat consisted of running an average of 70 km per day for 111 days in extreme desert conditions through six countries.

The film Running The Sahara narrated and produced by Matt Damon and directed by James Moll was released in an effort to raise awareness for the water crisis in Northern Africa.