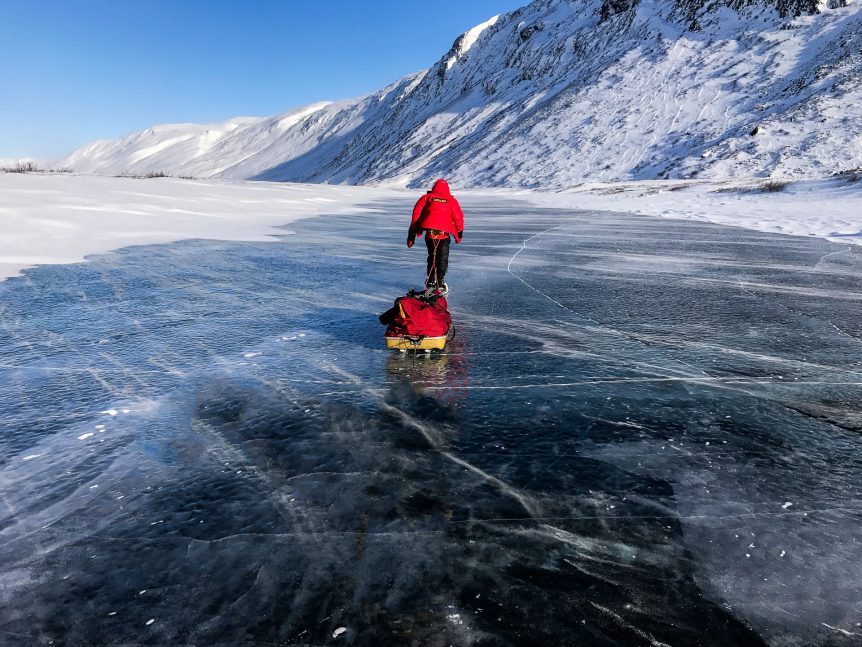 Starting February 1st 2017, Ray Zahab (CAN) and Stefano Gregoretti (ITA) embarked on an ambitious expedition to three separate regions of the Canadian North. The goal was to traverse each of these three diverse regions under human power, each requiring a different set of skills and training! The journey would take them close to 1,000km across the frozen north, where temps sometimes dropped below -60°C, and risk of severe weather was always a hurdle. Endurance, logistics and unpredictable weather made this one of the most challenging expeditions either adventurer had attempted to date.

For the first leg, the team headed to Canada’s newest National Park. Located in northern Labrador and Quebec, the Torngat Mountains are an unforgiving and remote Northern destination. The team traversed this Arctic range on foot- running and speed trekking, hauling all supplies needed to survive, until an unexpected disaster. Ray broke through the ice and nearly drowned.

The team rallied back, then headed to Nunavut and traversed Baffin Island on skis, crossing the Penny Ice Cap! Once again, completely unsupported and self contained and hauling everything from tent to food to satellite communication gear—the team was truly on their own! It was Arctic winter, and therefore short days, long nights and extremely cold.

Ray and Stefano saved endurance challenge of the journey for last. They headed to the Northwest Territories, and used customized fat bikes with studded tires to traverse hundreds of kilometres of the Arctic Ice Road, riding to the Arctic Ocean. Slick ice and once again temps sometimes reaching into the -60°C range!